As a Larchmont dog walker, it's easy to enjoy a stroll with a dog down by Manor Park or on the Leatherstocking Trail and wonder what's going on in the mind of our furry friend. As most Larchmont dog walkers probably realize, not all dogs are trained equal.

Most dogs know their name. Some know words like "sit", "paw," "speak," or "lie down." Lots of them know the words "STOP!" "NO!" or "DROP IT!" (although many times they pretend not to). EVERY DOG knows the word "treat." With that in mind, you might wonder just how many words a dog can learn.

According to Brian Hare, the founder of Duke University's Dog Cognition Lab, the answer is about 1000. In Brian Hare's book Chaser: Unlocking the Genius of the Dog Who Knows 1000 Words Brian Hare explores (and explains) how any dog can acquire the vocabulary of a human toddler. You may also have heard of Skidboot, a dog from Texas that can do basic arithmetic, the star of a new biography entitled Skidboot 'The Smartest Dog in the World'.

"OKAY" you might admit, "some dogs are pretty damn smart. But, I don't have 4 or 5 hours per day to spend training my dog like the owners of Chaser and Skidboot... so, where does that leave me?" Which brings us to the main title of this blog: "how dogs think," and points us in a practical direction of how we can better train our dogs.

For starters let's look at what dogs don't do. Dogs don't think in words, even if they CAN understand words, or obey commands. According to some researchers, dogs aren't self aware. While dogs may not have a sense of self awareness (at least not in the human sense) anyone who has ever watched a montage of guilty dog videos on youtube, or dealt with a guilty dog of their own may beg to differ.

Let's now look at some brain science. According to brain scan research on dogs, dogs prioritize human contact over contact with other dogs. Dogs also "place importance" on making eye contact with humans. If a dog's mind were a filing cabinet, smells would be the fastest way to access those files. Other research suggests that smart dogs might not understand what you're saying at all, but be picking up on miniscule "body language."

The more we look, the more it becomes apparent that we humans, even us Larchmont dog walkers, don't know the "how" of a dog's thought process. That said, based on the information we have -- and based on some very, VERY practical training advice from the ASPCA we may assume the following:

-a dog's world revolves around SMELLS, SOUNDS, and SIGHTS (typically, in that order -- emergency situations notwithstanding)

-learning something new is the result of REPETITION and REWARD... consider "the learning" as a response to some stimulus provided in the bullet point above.

-remembering is a matter of REPETITION. If you want your dog's habit to stick, you'll need to keep at it.

Now, with some background on "how dogs think" we'll investigate some training scenarios in the next few posts! 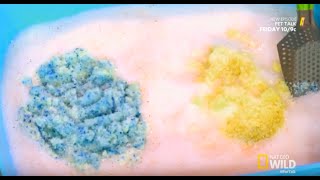 Got Pretty Litter?  Have a Scoop of AWESOME.

Dining with Dogs - A Comprehensive Directory for Feeding our Furry Friends 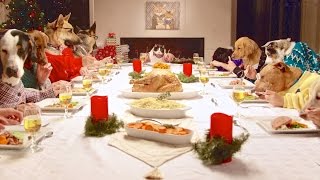 Giving Thanks with our "Fur-amily" 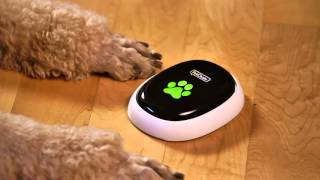 Backyard Dogs to the Future!

Dog days of summer? It's a heat wave!

The Naked Dog Truth: Caging or crating your dog? Keep the collar off!

A Getaway For Your Dogs